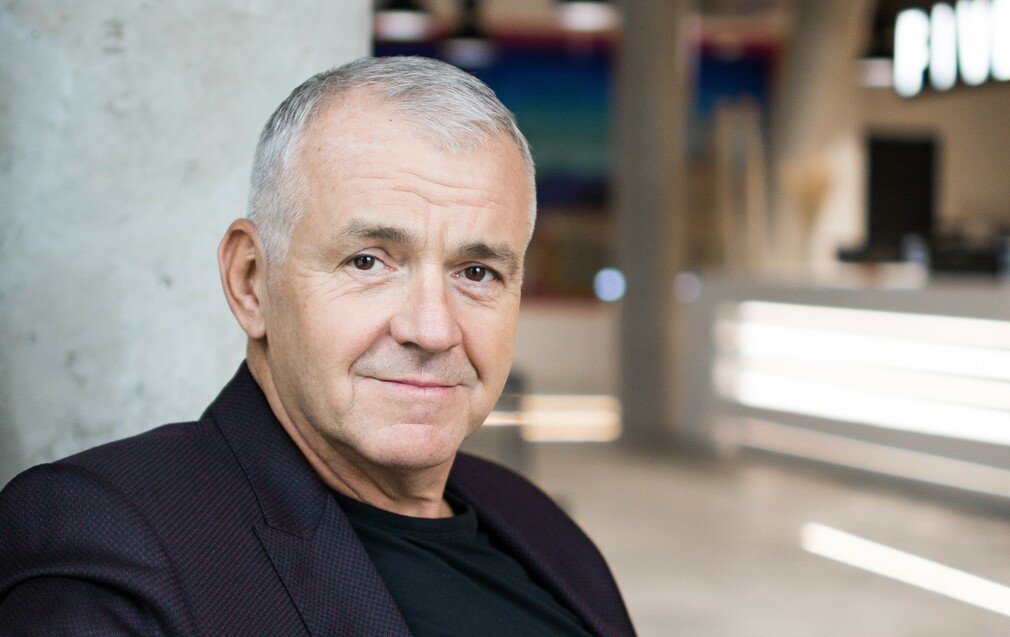 Where did we find you today? Do you still spend a lot of time in the office?
I'm currently in Schladming, where I'm catching up on missed physical activities, mainly cycling, as part of my recovery from a rib fracture. I will be back in the office in 2 days, I don't spend much time there anymore. On the other hand, I like to be informed about everything important in the events of our companies, and I am always in person during important meetings or decisions.

What do you still enjoy about the business after all these years?
I was already interested in business in the days of deep communism. After studying at the university (1982-1986) I often went to sell used things at the flea market in Košice on Saturdays. Well, I'm still exhaling that huge breath after November 1989 and will probably be until my last breath. Business is like wine, you drink it now and then, but after a few days of abstinence, you get the urge to have a glass again.

In the nineties, you ran a rock club in Košice. How did it happen that you went to the Czech Republic and started doing development?
It should probably be said that the rock club was a sideline in addition to a proper job. In this project and engineering company, my colleagues and I even implemented the first "developer" project of collective garages in the Tahanovce housing estate in Košice in 1993/94. Rock club Tuba became a dream come true from my student days when I longed to one day experience the combination of amazing music and good beer, which in those days was an almost unreal combination in Košice. Well, I went to the Czech Republic, so to speak, before Mečiar and Meciarism. In 1996, there was a brutal atmosphere in Slovakia, and Czechia was always very close to me mentally. I think that the Czechs have always belonged to the west, and since my roots go back to Bavaria according to my family tree, it was only natural to go to the Czech Republic.

Will you ever go to a club for a concert again? Or do you only listen to music at home? Or do you prefer silence?
I love music and listen to it wherever I can. I prefer concerts more intimate, on the club scene. But honestly, the last time I had a good club gig was 4 years ago in NYC. Thinking about it, I guess I'll "get better" and start looking for the nearest opportunities.

How has development changed since you started?
Once upon a time, anyone who had a few crowns, bought a piece of land and tried to build anything wanted and could become a developer. Today, development is a fairly sophisticated activity, in which you need to combine the skills of a project manager with a reliable "manager" of foreign money and, of course, a good and correct businessman. The best developers, of which we aspire to be a part, have visions and create amazing environments for current and future generations.

Do you have a dream development project that you would like to implement?
An interesting question, the answer to which would not be enough for me even an evening full of discussion. Both EBM and Logport have their primary focus - residential development and urban logistics, which I believe are areas with huge potential. Especially in the context of looking into the future, when, according to some studies and forecasts, Prague will merge with the Central Bohemian region with a population of up to around 4 million. I only started doing real development in EBM with projects in social services, where I was based on trends in population development since 1996, with that I actually started with the pop arrival in the Czech Republic. Well, in the context of current developments in the field of population health, I could imagine "cutting out" a modern medical device. Maybe once.

What do you consider your greatest achievement?
My children. The fact that today I no longer have to spend time in the office and have a relatively very comfortable life is mainly the merit of my sons, who are fully and independently doing a correct business with the added value given the type of projects they choose to implement.

Do you expect them to take over the business one day completely?
I think that both of them are doing their business so independently and well today that I absolutely do not see any other alternative than that one day they will also be 100% owners of EBM and Logport.

Are you tempted to start a business or a project in another industry?
I've been thinking about private aviation and travel for a while. But I guess I'll just be a consumer of products in these areas :-)

What makes you most happy lately?
Sons with their achievements, daughter Beta, who was accepted to a private British grammar school, grandson Hugo and granddaughter Dorka with their progress in the first years of their lives. And the fact that every morning when I get up, I do have some pain, but at any time I can still climb over 1000 meters of altitude on my bike without any problems.

Even though in a few days he will receive a prestigious award at Carnegie Hall in New York and he is building a new inspiring studio with a breathtaking view in Smíchov, Prague, photographer Martin Stranka remains firmly on the ground.

At the end of July, we successfully completed the rough construction of the first stage of the Villa Resort Beroun family house project. The insulation of the facades and work on the interiors are now underway. Learn more about the project here.

Projects, values, people and our story. This is a new profile of the EBM group, in which you will learn all the essentials about us - who we are, what we know, what we have achieved, where we are heading and what is important to us. You can download the electronic version HERE.